Most of China's history is divided into dynasties.  The first dynasties ruled China for centuries. But when the Han Dynasty collapsed in 220,  China plunged/fell into disorder.   War was extremely common during this Period of Disunion which lasted nearly 350 years.  Finally, after centuries of political confusion and cultural change, China was reunified, and remained unified for about 700 years under a series of powerful dynasties; starting with the Sui Dynasty. 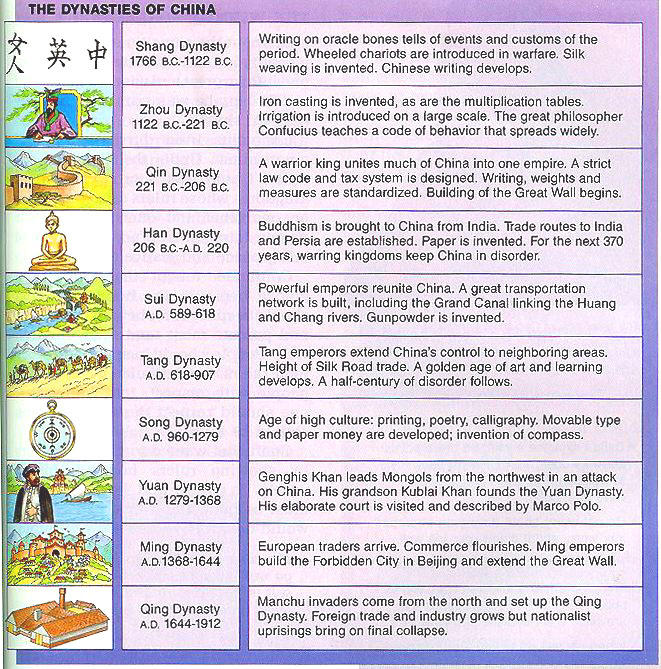 The man who finally ended the Period of Disunion was a northern ruler named Yang Jian (YANG jee-EN). In 589, he conquered the south, unified China, and created the Sui (SWAY) dynasty. The Sui dynasty didn't last long, only from 589 to 618. During that time, though, its leaders restored order to China and began the Grand Canal, a canal linking northern and southern China.

A new dynasty arose in China in 618 when a former Sui official overthrew the old government. This dynasty, the Tang, would rule for nearly 300 years. As you can see on the map, China grew under the Tang dynasty to include much of eastern Asia, as well as large parts of Central Asia.  Historians view the Tang dynasty as a golden age of Chinese civilization, due to the development of important inventions, reform of the military, creation of law codes, and a land reform policy known as the equal field system.

After the Tang dynasty fell, China entered another brief period of chaos and disorder, with separate kingdoms competing for power. The disorder only lasted 53 years, though, from 907 to 960. In 960, China was again reunified, this time by the Song dynasty. Like the Tang, the Song ruled for about 300 years, until 1279. Also like the Tang, the Song dynasty was a time of great accomplishments, inventions like gunpowder and the iron plow were created. 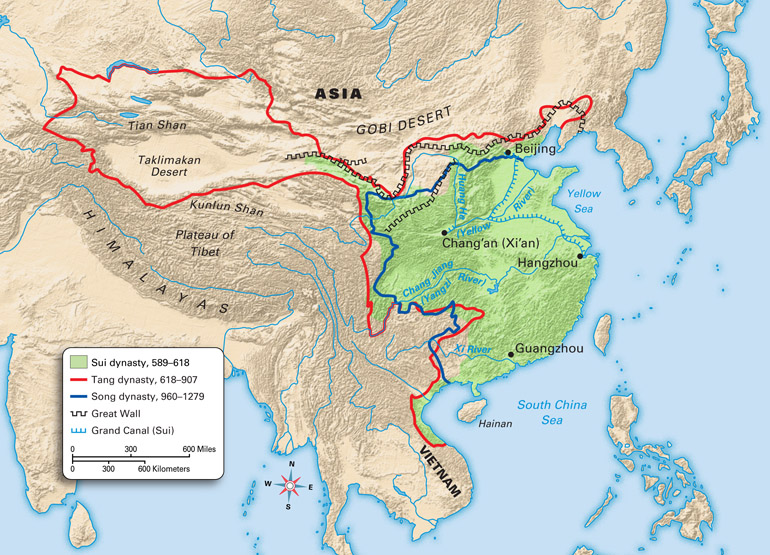 Among the nomadic peoples who attacked the Chinese were the Mongols. For centuries, the Mongols had lived as separate tribes in the vast plains north of China. Then in 1206, a powerful leader, or khan, united them. His name was Temüjin. When he became leader, though, he was given a new title: “Universal Ruler,” or Genghis Khan (JENG-guhs KAHN).

Genghis Khan organized the Mongols into a powerful army and led them on bloody expeditions of conquest. The brutality of the Mongol attacks terrorized people throughout much of Asia and Eastern Europe. Genghis Khan and his army killed all of the men, women, and children in countless cities and villages. Within 20 years, he ruled a large part of Asia.

In 1260 Genghis Khan's grandson Kublai Khan (KOO-bluh KAHN) became ruler of the Mongol Empire. He completed the conquest of China and in 1279 declared himself emperor of China, this began the Yuan dynasty.  For the first time in its long history, foreigners ruled all of China.


Despite their vast empire, the Mongols were not content with their lands. They decided to invade Japan. A Mongol army sailed to Japan in 1274 and 1281. The campaigns, however, were disastrous. Violent storms and fierce defenders destroyed most of the Mongol force. The failed campaigns against Japan weakened the Mongol military. The huge, expensive public-works projects had already weakened the economy. These weaknesses, combined with Chinese resentment, made China ripe for rebellion.  In the 1300s many Chinese groups rebelled against the Yuan dynasty.

The Ming dynasty conquered the Mongols and  ruled China from 1368 to 1644—nearly 300 years. Ming China proved to be one of the most stable and prosperous times in Chinese history. The Ming expanded China's fame overseas and sponsored incredible building projects across China.

During the Ming dynasty, the Chinese improved their ships and their sailing skills. The greatest sailor of the period was Zheng He (juhng HUH). Between 1405 and 1433, he led seven grand voyages to places around Asia. Zheng He's fleets were huge. One included more than 60 ships and 25,000 sailors.  Zheng He's voyages rank among the most impressive in the history of seafaring. Although they did not lead to the creation of new trade routes or the exploration of new lands, they served as a clear sign of China's power.

The Ming were also known for their grand building projects. Many of these projects were designed to impress both the Chinese people and their enemies to the north.  In Beijing, for example, Ming emperors built the Forbidden City. This amazing palace complex included hundreds of imperial residences, temples, and other government buildings. Within the buildings were some 9,000 rooms. The name “Forbidden City” came from the fact that the common people were not even allowed to enter the complex. For centuries, this city within a city was a symbol of China's glory. 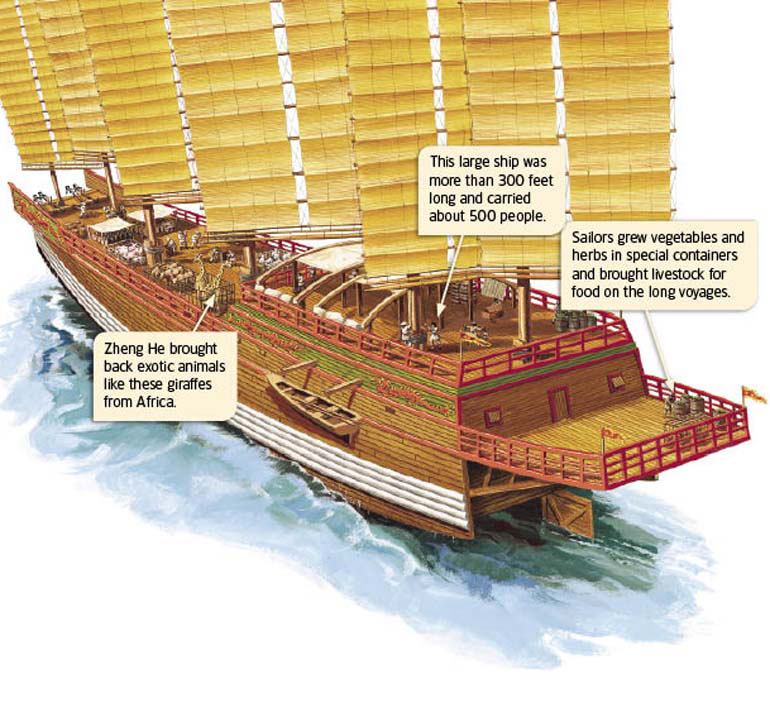 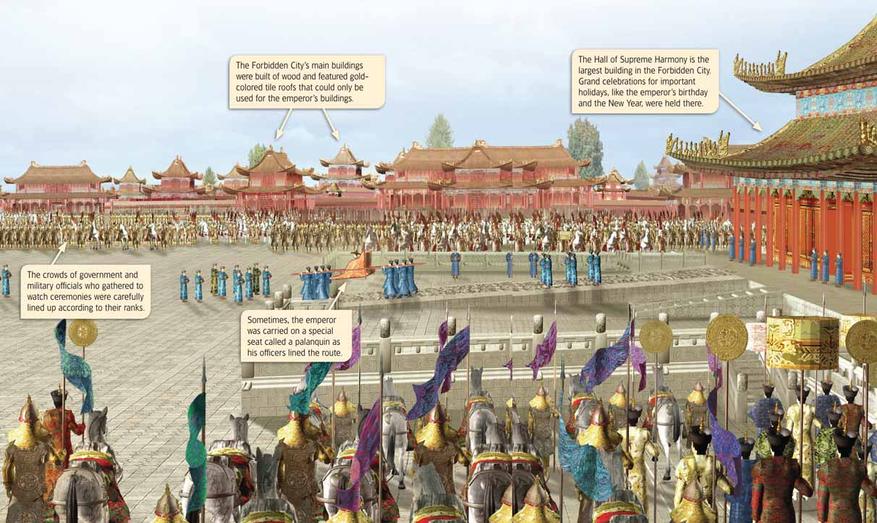