The Arabian Peninsula, or Arabia, is mostly a hot and dry desert land. Scorching temperatures and a lack of water make life difficult. But in spite of the difficulty, people have lived in Arabia for thousands of years.  The Arabian Peninsula is located in the southwest corner of Asia. As you can see on the map, it lies near the intersection of three continents - Africa, Asia, and Europe. Trade routes linking the three continents have passed through the region for thousands of years.  Geographers call Arabia a "crossroads" location.


As Islam spread through trade, warfare, and treaties, Arabs came in contact with people who had different beliefs and lifestyles than they did. Muslims generally practiced religious , or acceptance, with regard to people they conquered. In other words, the Muslims did not ban all religions other than Islam in their lands. Jews and Christians in particular kept many of their rights, since they shared some beliefs with Muslims.  As Islam spread, language and religion helped unify the many groups that became part of the Islamic world. Cultural blending changed Islam from a mostly Arab religion into a religion of many different cultures. 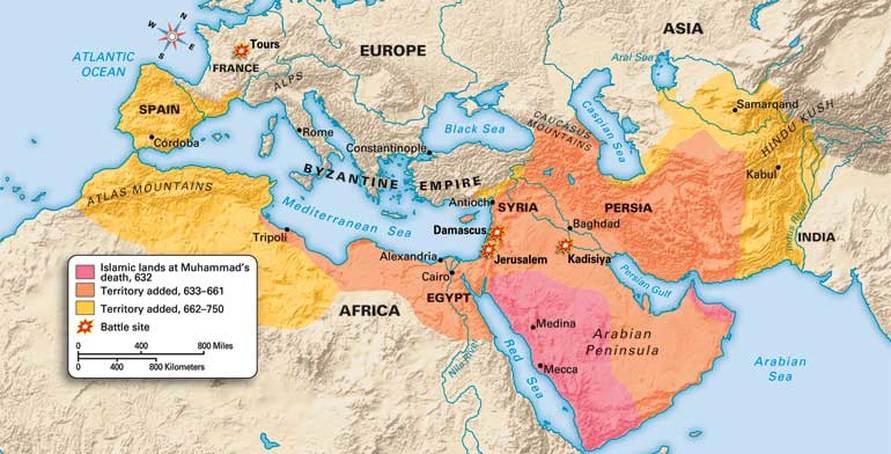 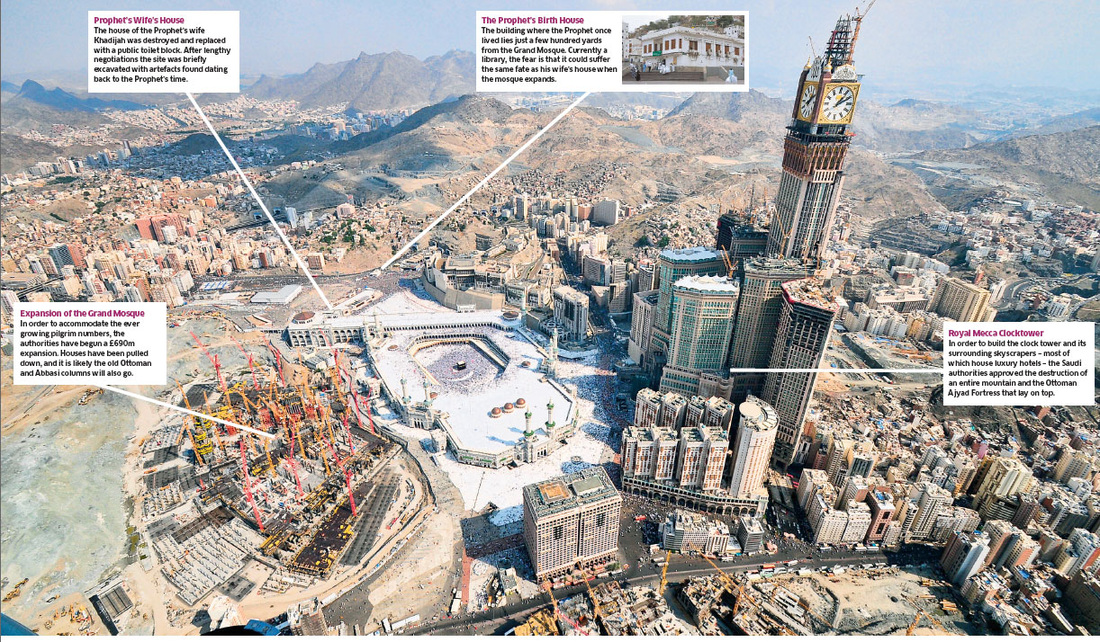 In the mid-1200s Muslim Turkish warriors known as Ottomans began to take land from the Christian Byzantine Empire. As the map below shows, they eventually ruled lands from eastern Europe to North Africa and Arabia. The key to the empire’s expansion was the Ottoman army. The Ottomans trained Christian boys from conquered towns to be soldiers. These slave soldiers, called , converted to Islam and became fierce fighters. Besides these slave troops, the Ottomans were aided by new gunpowder weapons—especially cannons. 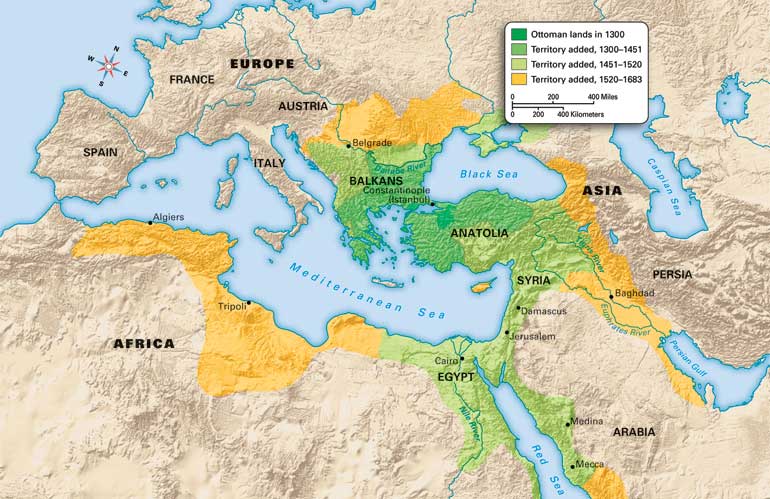